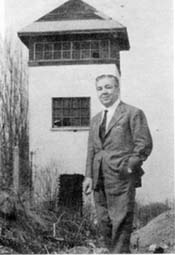 Nerin E. Gun, a free-lance journalist and writer, was born in Rome of Turkish and Italian parents. Educated in France and Germany, he entered the newspaper field in Berlin when WW II started, As a neutral, be became a correspondent for Swiss newspapers and the Turkish press service. For his reports to the world about the Warsaw ghetto and predictions of the defeat of the German armies in Russia, he was arrested by the Nazis and sent to eleven prisons and three concentrations camps, ending at Dachau. He was one of two foreign correspondents accredited to Berlin to have been arrested and put into a concentration camp solely because of journalistic activities.

Mr. Gun shown above during a recent visit to Dachau, is now an American citizen who lives in New York with his American wife and child. He makes frequent trips throughout the world as a foreign correspondent for American and European magazines.

No American publisher would touch his book Red Roses from Texas, so the book was published in London. A used copy, if you can find it, will cost you $750.00. It was the FIRST book on the assassination of President Kennedy. 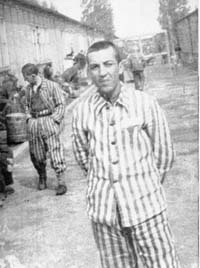 Nerin E. Gun before liberation by the American army. The following photos were taken by Gun with a camera stolen from an SS guard. 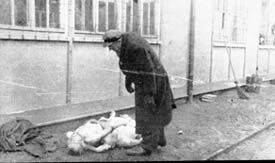 Dead corpses in the crematorium 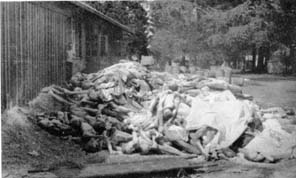 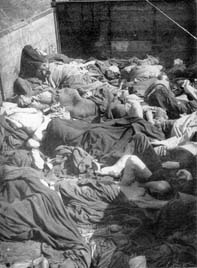 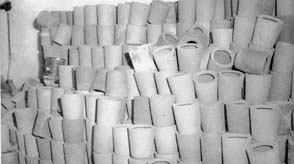 Urns used for ashes of people burned in the crematorium. They were then SOLD to relatives for 50 marks ($100.00). 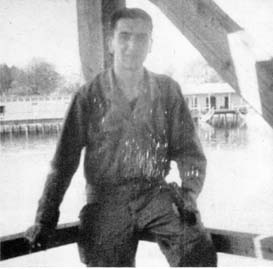 My liberator: James Ortoleva in front of Dachau swimming pool.

Other books by Nerin E. Gun.

The Day of the Americans, Fleet Publishing Corp., New York, 1966.